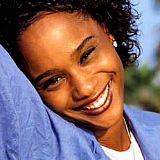 Hard drives are the primary storage devices for personal computers. They are capable of quickly storing a large amount of information for long periods of time. The inner workings of a hard drive resemble a turntable with a number of records called platters. Data is written to these platters via magnetism by an access arm.

Early hard drives, invented in 1956, were very large and often needed to be stored on the floor or in dedicated equipment racks. Starting in the early 1980's, drives were shrunk down to a portable size. The first of this type was about five inches across and held about 5 megabytes; the equivalent of one song. In the intervening thirty years, hard drives have continued to shrink in size while storing more information. The average home hard drive is now three inches across while holding the equivalent of 100,000 song files.

Because of the need for larger storage devices, hard drives can be joined together in a "redundant array of inexpensive disks" or RAID. In this way, multiple drives can be linked together and be made to appear as one larger drive to the computer. RAID also allows for some data protection. Two same-sized drives can be hooked together in such a way that the information is stored on both. If one of those devices were to fail, the other one still has a perfect copy of the data.

Hard drives are showing up in devices other than personal computers. MP3 players, laptops and smart phones all contain drives now. These portable devices require large amounts of storage especially when it comes to saving photos and music files. Because traditional hard drives are easily damaged by being dropped, portable hard drives are now manufactured with shock-protection and fewer moving parts.

The push for green computing, or devices that use less power, has led to a number of advances in hard drives. Simplest among the changes has been making the drives smaller; parts inside of them don't have to move as much in this case. Manufacturers have also made the methods for reading and writing data smarter to minimize movement inside the drives. Finally, power consumption is often lowered for companies with a lot of computers by reducing the amount of heat produced by all of the internal parts, including hard drives.

Most computers now have built-in tools for detecting when a hard drive might be damaged. Known as Self-Monitoring, Analysis, and Reporting Technology, or S.M.A.R.T., this software is capable of noticing sudden changes in things such as temperature and load times. Based on those trends, it is possible to alert the user to an increased likelihood of drive failure or data loss.

External hard drives are available to create backups or move large amounts of data from one computer to another. This type of drive is usually mechanically identical to those inside of a personal computer but comes with an enclosure to make it portable. The closures are typically designed to protect the drive from spilled liquids and being dropped.